Last Friday Sugarman Group supported 'The World's Biggest Coffee Morning', a campaign run by Macmillan Cancer Support in order to raise money towards improving people's lives who have been impacted by cancer.

‘The World's Biggest Coffee Morning’ is a simple way for individuals, groups and businesses to host their own coffee morning and catch up over a coffee, show off their baking skills and provide plenty of baked goods. This event is a well-established campaign that Macmillan has hosted since their first coffee morning back in 1990. During this time they have managed to raise a massive £200 million in order to carry out their fantastic work. This has gone towards supporting individuals and families of people who have been medically, socially, emotionally or practically impacted by cancer.

Last year Macmillan raised £27m through ‘The World's Biggest Coffee Morning’ and with one in two people in the UK likely to face cancer we thought this would be a great cause our staff could really get behind and raise money for this amazing charity.

At Sugarman Group we work closely with clients providing medical, mental health and healthcare professionals that support individuals on a daily basis, so this is a cause close to our hearts.

“As a social enterprise it is fundamental that we contribute back into the community, and in particular charities that help people that we directly work with, in our organisation. It was great to see our teams come together to support this cause and we look forward to hosting more coffee mornings in the future.”

Our staff, across numerous branches, hosted their own coffee mornings sharing plenty of cuppas, coffees, bake off tips, buns and cakes all in return for donations. Overall Sugarman Group raised £265.15. We would like to thank everyone who donated and all the staff that took part in this great cause. 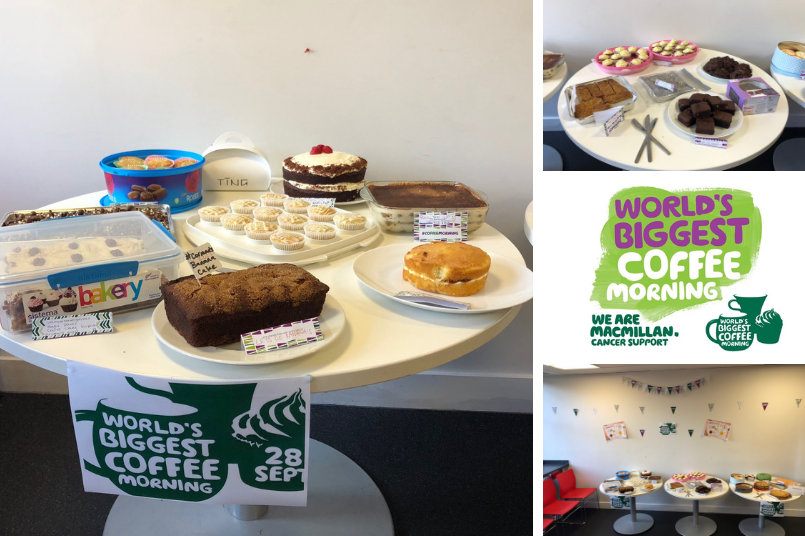